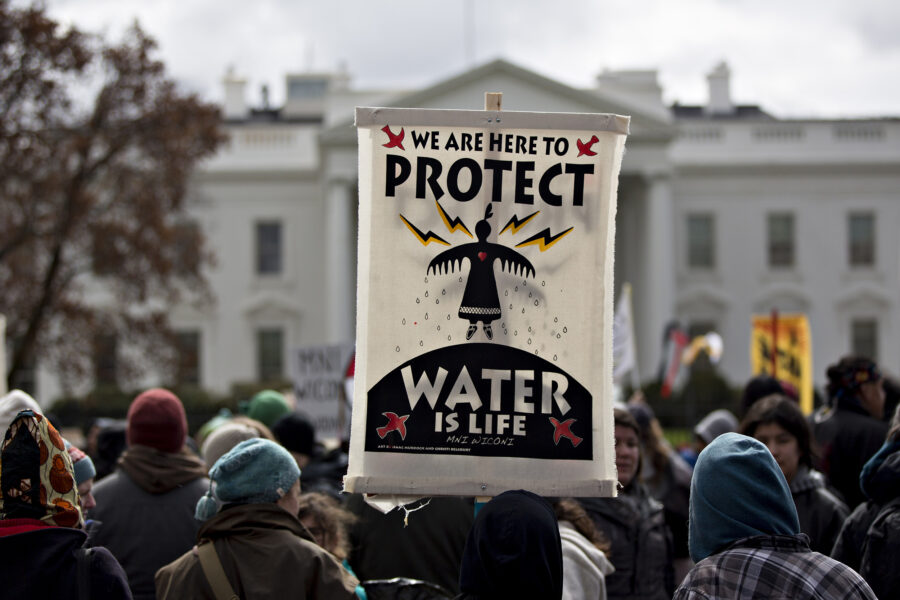 The campaign to stop the Dakota Access fracked-oil pipeline has quickly become the highest-profile environmental and indigenous rights fight in the United States, with thousands of people descending on North Dakota to join the Standing Rock Sioux tribe in opposition.

Last week, militarized law enforcement arrested more than 140 people who were peacefully resisting the pipeline’s construction. Meanwhile, construction of the pipeline has continued and could be finished within a few short weeks.

Thousands of people have rallied across the country to oppose the pipeline, and more than 300,000 CREDO members have joined the fight. We need President Obama to intervene now before construction of this dangerous fracked-oil pipeline moves forward.

It’s Keystone XL all over again: The Dakota Access pipeline would carry 450,000 barrels of dirty oil per day from North Dakota to Illinois and cut through fragile wildlife habitat, environmentally sensitive areas and sovereign tribal property. Worse, the pipeline would cross under the Missouri River, threatening drinking water downstream if a catastrophic oil spill occurs.

The Corps incorrectly applied this fast-track process in conflict with numerous federal laws and agreements, including the “Clean Water Act and the National Environmental Policy Act, the National Historic Preservation Act and the Native American Graves Protection and Repatriation Act, as well as federal trust responsibilities guaranteed in the 1851 and 1868 United States treaties with the Lakota, Dakota and Nakota tribes.”

The Standing Rock Sioux have been protesting for months in peaceful prayer camps in North Dakota, and farmers and landowners in Iowa have been fighting to stop the pipeline there for more than two years. Now, thousands of people have joined in solidarity. In recent days, activists in Iowa and North Dakota have been arrested for physically blocking the pipeline’s construction, with more protests planned in the coming weeks and months.

We must stand with the local leaders and communities who are holding the line against this dirty and dangerous oil pipeline.

This fight is winnable. Hundreds of thousands of CREDO activists, along with our allies across the country, applied massive public pressure on the Obama administration and stopped the Keystone XL pipeline. We can – and must – do it again.