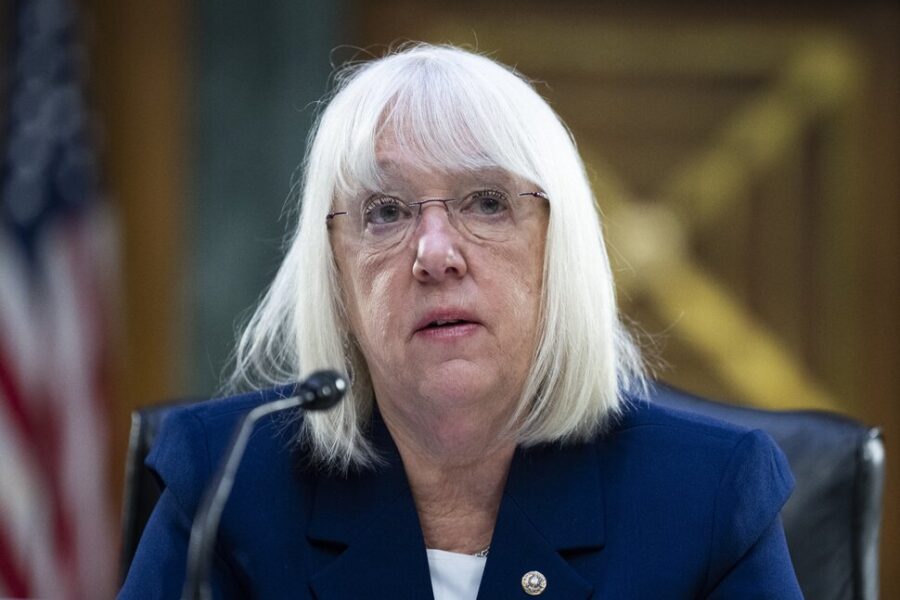 Washington Senator Patty Murray is one of 13 Democrats in the U.S. Senate who sold out practically every progressive constituency – from environmentalists to labor to Internet freedom advocates – by voting to pass Fast Track authority for approving the Trans-Pacific Partnership (TPP) and other dangerous trade deals.

President Obama, the Republican leadership of Congress and their allies in corporate America owe a huge debt of gratitude to Murray who played a pivotal and leading role in Fast Track becoming law, and now Senator Murray is considering challenging Senator Dick Durbin for a key leadership position in the Senate Democratic caucus.1

This is unacceptable. Supporting Fast Track and playing a crucial role in the passage of this corporate power grab, should disqualify Murray from consideration for a leadership position within the Senate Democratic caucus.

We need to send a message now that there is a price to pay for Democrats casting votes that serve corporations instead of constituents – and part of that price is being denied promotion to Democratic leadership in the Senate.

Tell Senate Democrats: Sen. Patty Murray’s vote for Fast Track for TPP makes her unfit to serve in any leadership position in the Senate Democratic caucus.

Murray is specifically considering a run to be the Democratic whip in the U.S. Senate, which would put her in position to round up votes from Senate Democrats on issues ranging from economic justice to climate change. It is crucial for progressives to have a leader in this position who has a record of standing up to corporate interests.

Not only did Murray vote for Fast Track, she helped lead the effort to gather key Democratic votes after cutting a cynical deal with Republican Majority Leader Mitch McConnell. On the Senate floor, as the bill struggled to reach 60 votes, Murray negotiated a deal trading a vote on reauthorizing the Export-Import Bank, a government agency “that subsidizes foreign purchasers of US-made products,” in exchange for enough support from Democrats putting Fast Track over the top.2

According to reports, Murray appeared to be doing this at the behest of Boeing and other major corporations, for whom passage of both the Export-Import Bank reauthorization bill and Fast Track were major legislative priorities.3 Boeing, based in Washington, claims it relies on the bank to sell their planes overseas. Sen. McConnell broke his promise to hold a vote on reauthorizing the bank, yet Murray voted yes anyway.

We need Democrats in leadership positions who will uphold and defend the values of progressive constituencies, not work to pass legislation at the top of the Chamber of Commerce and Wall Street’s wish list.

We need to show Democratic members of the Senate that selling out their progressive base in favor of corporate interests will have a cost when they aspire to attain key leadership positions.

Thank you for speaking out. Your activism matters.