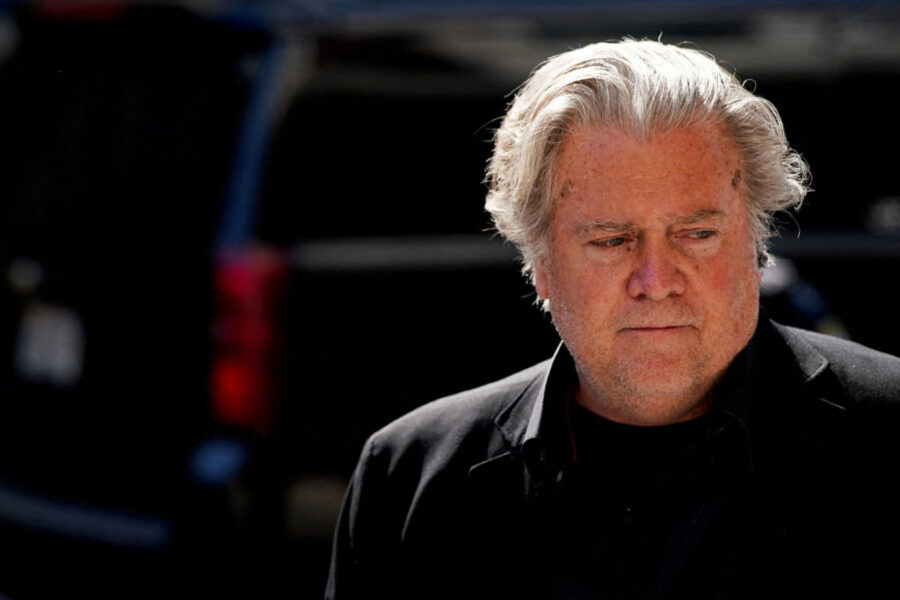 Last week, Trump caved to a combination of in-fighting and public pressure and ousted white supremacist Steve Bannon from his position on the National Security Council (NSC).1

But while Trump is trying to publicly distance himself from Bannon,2 Bannon is reportedly still sitting in sensitive meetings and still has security clearance. This is not normal. CREDO activists and our allies have been waging a resistance campaign against Trump and his crony administration for months – and we are making progress. We have forced the administration to remove Bannon from the NSC, and now we need to turn up the heat of our public pressure campaign and get this white supremacist out of the White House for good.

Tensions between Trump’s son-in-law Jared Kushner and Bannon have been high since the beginning, and Kushner was one of the main players pushing to get Bannon off the NSC. Initial reports tried to paint a picture of a smooth lateral transition,3 but reports came out later that Bannon was so upset that he went so far as threatening to “quit” after his embarrassing demotion.4

A desperate, dysfunctional and divided White House has been flailing around in Trump’s first 100 days in complete disarray. Ninety percent of staffing roles considered “critical to leadership” remain unfilled,5 and the staff that is there is overrun with internal strife. and conflict among competing power camps.

Bannon has been involved in many of Trump’s attempts to deliver on his horrible campaign promises. He was one of the masterminds behind the failed attempt to repeal the Affordable Care Act,6 the twice-declared-unconstitutional Muslim ban7 and the ridiculous and infeasible anti-immigrant border wall that would cost American taxpayers over 21 billion dollars8. Despite his prominent role in the White House, Trump threw him under the bus earlier this week when the New York Post asked him if he still had confidence in him.9

Trump is clearly doubting himself. Now is exactly the moment when progressives need to show our strength and turn up the pressure to get Bannon out of the White House.

Bannon is an anti-Muslim, anti-Semitic, white supremacist, domestic abuser and conspiracy theorist. He believes in the dangerous lie that the United States is at war with Islam and that America should be the center of a new movement of right-wing populism centering on white nationalism.10He also believes that the apocalypse is coming and a new world order is upon us.11 It is ludicrous that he has ever had any role in the White House. Now is our chance to get him out for good.

Thank you for your activism.