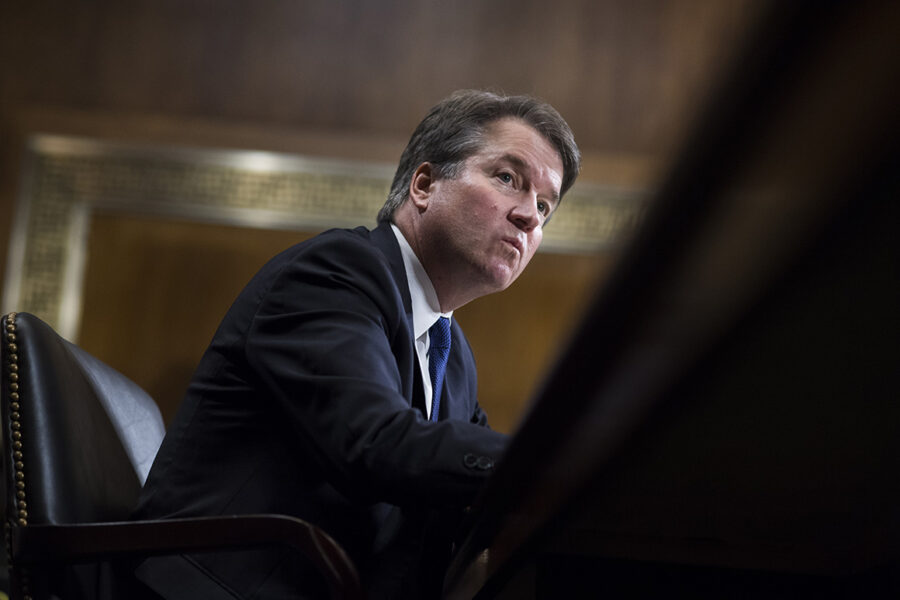 Trump could have picked any number of extremist conservative judges to replace Anthony Kennedy on the Supreme Court, but he chose Brett Kavanaugh.

Trump likely picked Kavanaugh in part because of his extreme and practically unheard of view that the president is above the law. So-called moderate Republicans of conscience who have spoken out against Trump’s reckless abuse of power and coziness with Putin must now put words into action and refuse to confirm a Supreme Court nominee who could give Trump immunity.

Sens. Bob Corker and Jeff Flake have made headlines and earned plaudits from the elite political and media establishment for saying that Trump is a threat to our democracy, but they have done precious little to back those words up with action.2

Trump is already massively abusing his power. Along with his cronies in Congress, Trump is doing everything he can to undermine Mueller’s investigation. Just last week, the Senate confirmed Trump-appointed Putin-linked Brian Benczkowski to head the Department of Justice Criminal Division, even though Benczkowski refuses to recuse himself from the Russia investigation.3 Benczkowski, who previously worked closely with Jeff Sessions, is now in a position where he can leak information about Mueller’s probe to Sessions, who is recused, and even to Trump, who may be a subject of the investigation.4

If Trump fires Mueller’s supervisor, Rod Rosenstein, he could replace him with Benczkowski.5 It’s clear that Trump is doing everything he can to manipulate the investigation. There will be no way to hold him accountable if he gets a Supreme Court that will let him get away with it.

The Supreme Court could soon be weighing in on questions like whether Trump must comply with a subpoena, as Nixon was compelled to do in the Watergate investigation, whether Trump can be indicted, or – appallingly – whether he can pardon himself.6 Even the most conservative Republicans must not stand for this attack on checks and balances and the fundamental idea there is accountability for everyone – even the highest office in the land.

Some Democrats have made the point that Kavanaugh is particularly unqualified for a Supreme Court seat given his belief that the president is above the law. Sen. Booker pointed out that Trump picked the one judge who would give him immunity against the investigation.7

This should not be a partisan issue. In March, Sen. Flake said that he would impeach Trump if he fires Mueller.8 The Kavanaugh vote is a huge test of Flake’s alleged commitment to our democracy. Sens. Flake, Corker and other key Republicans need to know that the country is watching and we are counting on them block Kavanaugh and refuse to install a judge who would protect Trump.