Attorney General Jeff Sessions is a liar. His perjury before the Senate helped obscure the Trump campaign’s ties to Russia. He is not fit to be the country’s chief law enforcement officer and it is time for Congress to remove him.

The latest Trump-Russia bombshells are shining a harsh new light on Sessions. They make clear that he was chairing the meeting where George Papadopoulos suggested that he could arrange a meeting between Trump and Putin.1 Media reports also suggest that Trump advisor Carter Page gave sworn testimony to the House Intelligence Committee that he told Sessions he was traveling to Russia during the campaign.2 Senators have now asked Sessions three times what he knew about connections between the Trump campaign and Russia.3 He has never mentioned Papadopoulos, Page or the fact that Trump advisors were trying to forge ties with a foreign government. Congress must hold Sessions accountable for his failure to tell the full truth, but Trump’s Republican lapdogs will never act unless they are under massive pressure. Can you add your name today?

Tell Congress: Jeff Sessions is not qualified to be attorney general. Impeach him.

Congress has the authority not only to impeach the president but all “civil officers of the United States.” The drafters of the Constitution did not envision impeachment as a legal punishment but as an essential tool for Congress to protect our democracy from “lawless and dangerous individuals who have claimed positions of power.”4

Sessions’ record from before he became attorney general is enough to prove he is a dangerous individual. He has a history of anti-Black racism.5 He is also a climate change denier with a history of anti-immigrant extremism.6,7 His legislative record in the Senate was appalling as well: Sessions has voted against immigration reform, voting rights and LGBTQ equality and has worked to ban abortion, defund Planned Parenthood, and advocated for big banks and big corporations.8,9,10 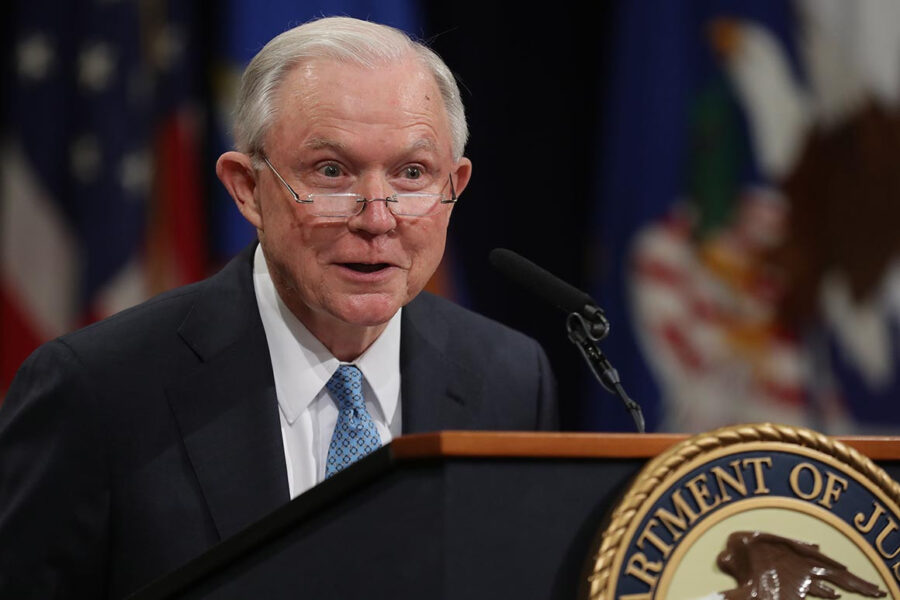 But it is how he responded – both in real time and when questioned after the fact – to contacts between the Trump campaign and transition team and the Russian government that proves beyond a doubt that Congress should remove him from office. In addition to this week’s revelations, Sessions has:

Sessions should have stepped down when media reports revealed that he had lied under oath, or when he excused his lies by implying he could not remember the potentially treasonous behavior of himself or his colleagues. When he did not, Republicans should have taken action. They did not because they care more about partisan politics and advancing their hateful agenda than about the integrity and stability of our democracy.

As more and more information emerges, we have to continue to pressure them to do the right thing now, and highlight their craven hypocrisy if they fail to act.

Thank you for everything you do.