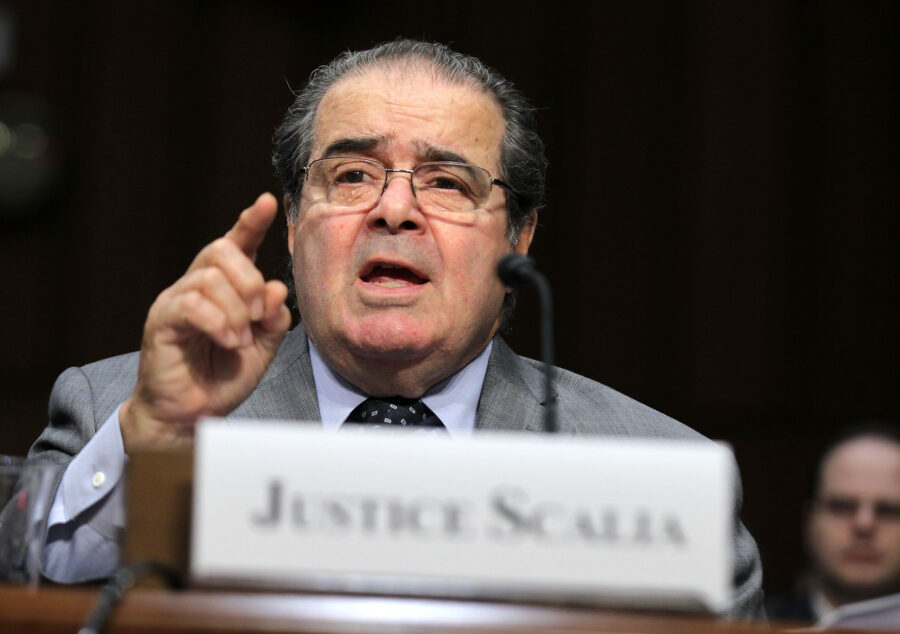 Recently, during oral arguments before the Supreme Court in the case of Fisher v. Texas, Justice Antonin Scalia made a plainly racist argument (emphasis ours):
“There are – there are those who contend that it does not benefit African Americans to to get them into the University of Texas where they do not do well, as opposed to having them go to a less­-advanced school, a less – a slower-track school where they do well.

“One of – one of the briefs pointed out that – that most of the – most of the black scientists in this country don’t come from schools like the University of Texas. They come from lesser schools where they do not feel that they’re – that they’re being pushed ahead in – in classes that are too­­ too fast for them.”1

This blatant bigotry is unacceptable, in particular from a Supreme Court Justice. Our elected leaders need to send that message in the loudest way possible. The best way to do that is with a congressional censure.

Conservative justices have for years wanted to pretend that racism is in America’s past. That flawed logic was at the heart of Chief Justice John Roberts’s decision striking down critical sections of the voting rights act. Now racism is staring him in the face from across the bench.

Justice Scalia has a history of denigrating the rights of African-Americans, including contemptuously describing the Voting Rights Act as the “perpetuation of racial entitlement.”2

If Justice Scalia is not held accountable for his rhetoric — some of it blatantly racist and some of it representing coded, dog-whistle politics that sounds reasonable to some people but sends a very clear signal of hostility to minorities — that rhetoric will be validated and used to justify future discrimination. We can’t let Justice Scalia’s racism go unanswered.

There are not many sanctions that can be placed on Supreme Court Justices. They are appointed for life and never have to answer to the American people. That is why it is so critical that our elected representatives in Congress speak clearly and with a single voice to show the American people that they find racism as deplorable as we do.

The only official way for them to do this is with a formal congressional censure. Senate Democratic Leader Harry Reid has already spoken out to denounce Scalia’s comments, calling it “deeply disturbing to hear a Supreme Court justice endorse racist ideas from the bench on the nation’s highest court” and comparing Scalia’s rhetoric to Donald Trump’s.3 It’s time for his colleagues to join him in formally holding Scalia accountable for his racism.

If we do not make our voices heard, a bigoted statement from one of the most powerful figures in our country will go unanswered. We cannot let that happen.